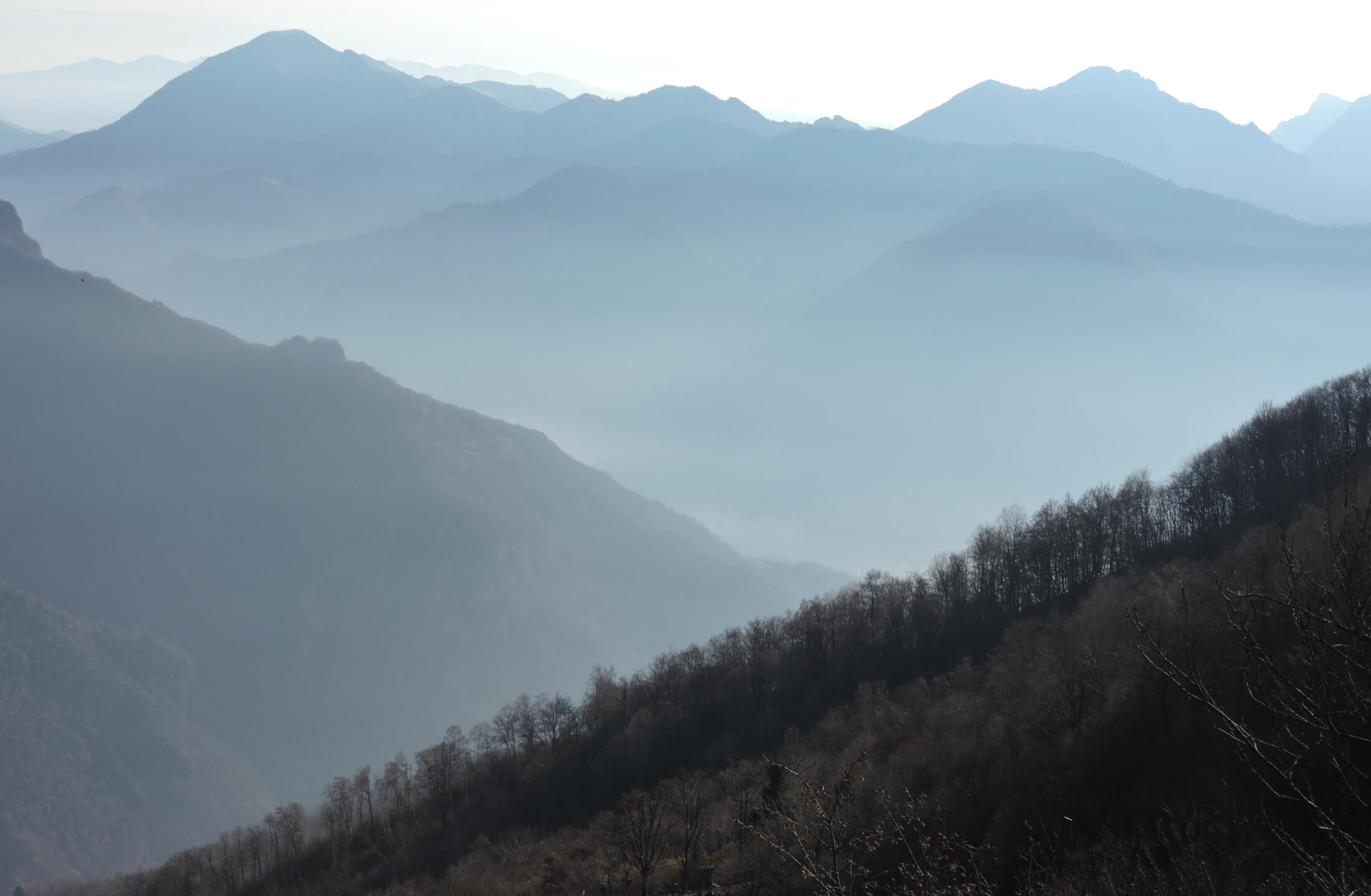 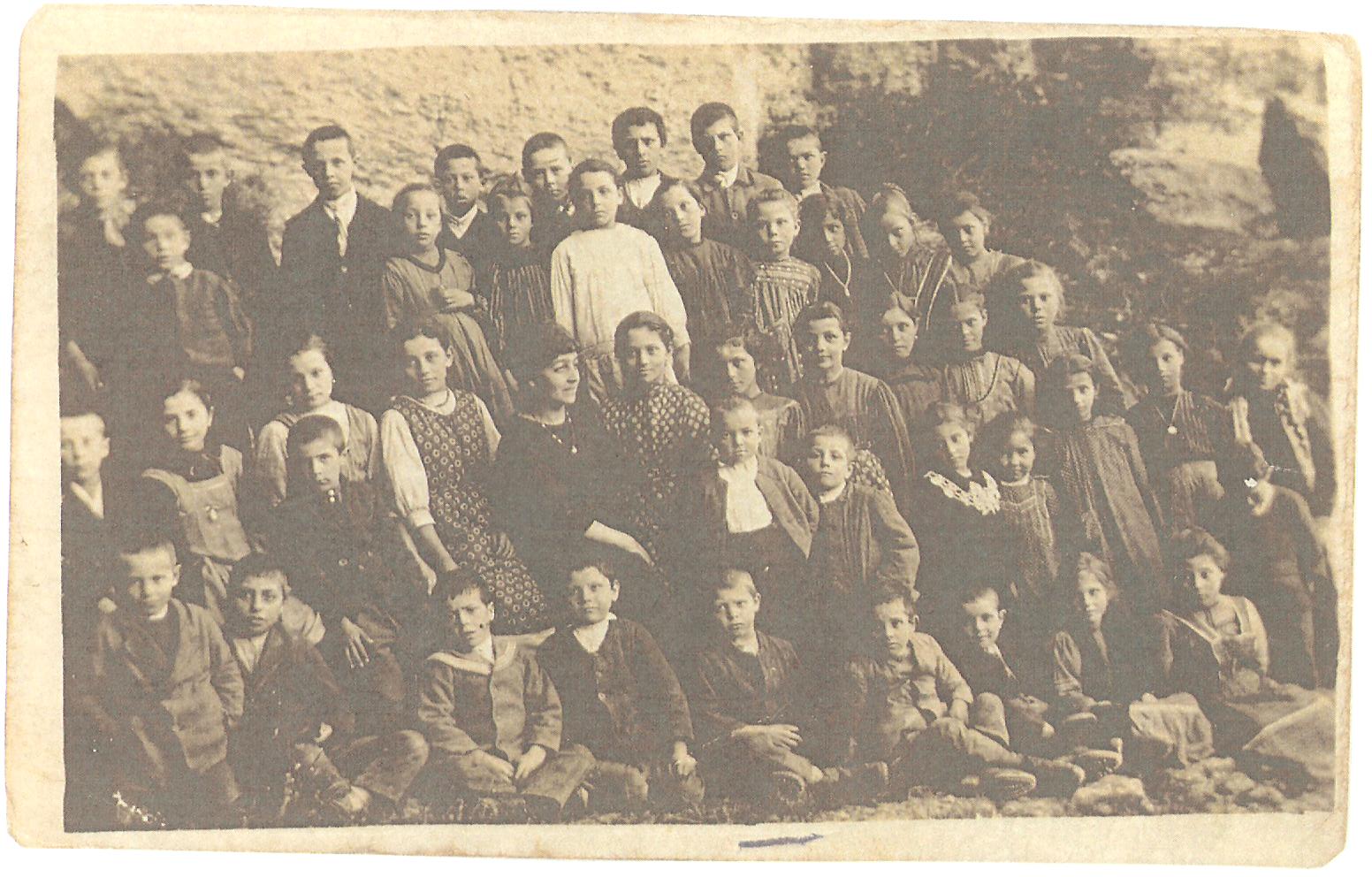 There is a small library about local history inside our Holiday Farm, where our guests can read some travel guides and books to learn more about our territory.

This text taken from “Curiosità e leggende valsabbine” by Ugo Vaglia (1947) describes the mountain area of Pertica and its inhabitants.

It expands from the Valle Trompia border to Presegno and it is full of woods and creeks. It consists of 10 small villages, nowadays divided under the municipality of Pertica Alta e Pertica Bassa.

According to the fantasy of the inhabitants, this valley was full of witches and elves that enjoyed tormenting people; nowadays they have disappeared and tourists can spend relaxing holidays.

Dynamic men, women who help transporting wood and young men with their flocks complete the enchanting atmosphere of the mountains.

Main places and cultural events to visit in our territory:

That shrine was built after the miraculous event in 1601. The 30th of April, the icon of the Virgin Mary, taken from Venice by Giovanni Antonio Dusi, cried when the deaf-mute daughter prayed in front of it.

The first documents about Barbaine are dated 1384. During the plague in 1576 and 1630, Barbaine was used as graveyard with mass graves for the victims.
Form the 16th Century it was the destination of many processions and each village took its own banner, portraying its Holy Patron. The inhabitants asked pardon and intercession to the “Barbaine dead”.

The inhabitants of Presegno remember that between 1918 and 1919 the village was hit by Spanish flu. The ill were taken (with their everyday objects) to an isolated place called Castello o Corna dei Morc (dead castle or stone), where they spent their last days of life. Until some time ago, it was possible to find their everyday objects under the ground.

“La vècia del val” (an old woman holding an old man), “l’omahì dal zerlo” (an old man carrying another man into a pack basket) and “il doppio” (“the double”, a man with two opposite faces) represent the typical masks of the carnival of Livemmo. The traditional ball, full of twirls, catches the attention of the visitors. 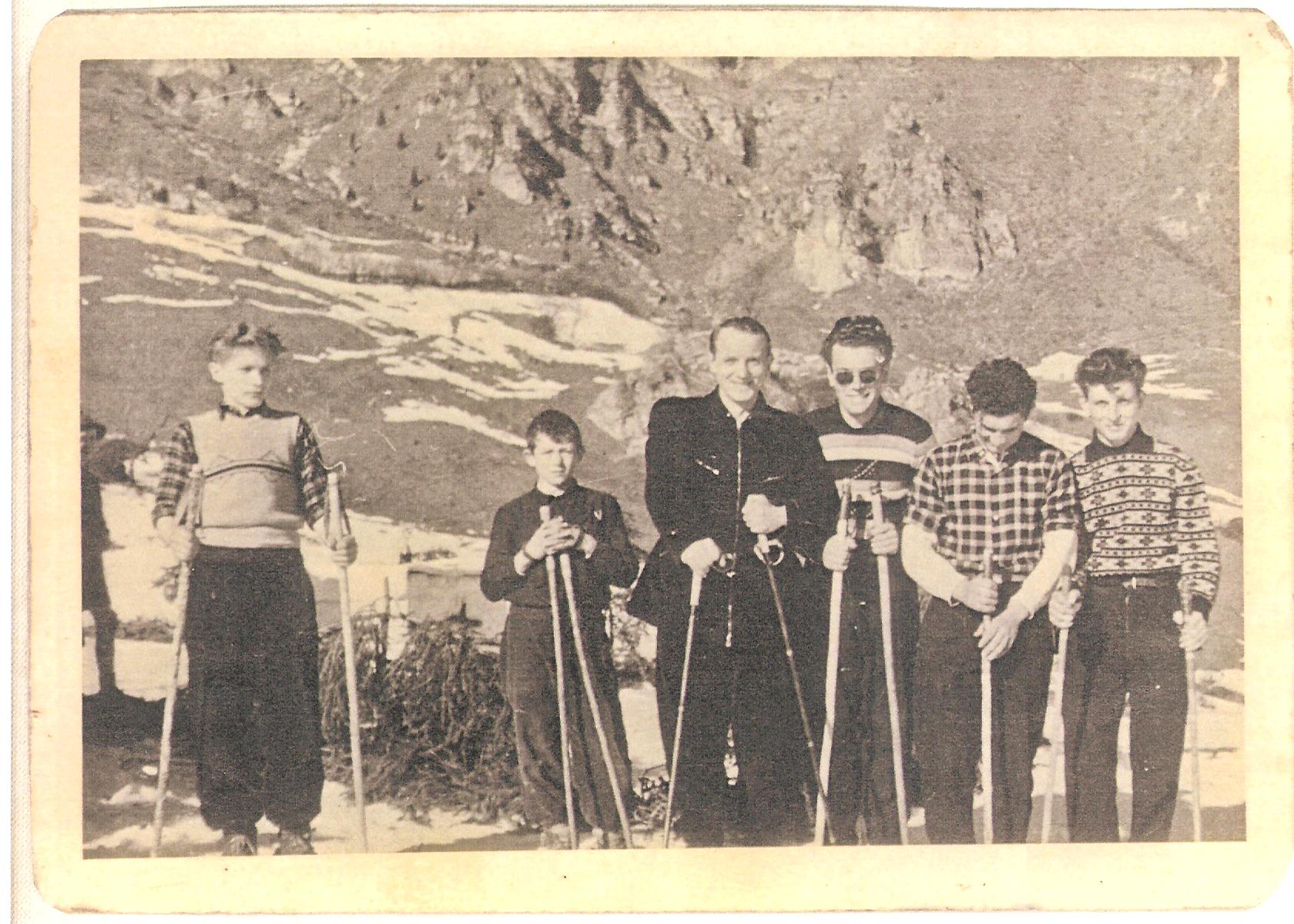 Tradition inherited during the centuries. During the night of the 5th of January each village announces the arrival of the Three Wise Men, singing in the streets. As regards Pertiche, the same text is kept but the melodies change. Only the songs of Presegno, Levrange, Avenone and Livemmo have survived.

At midnight, between the 24th of December and Christmas, a huge bonfire is lighted in Ono Degno. The previous days all the families help to keep wood and to build the big cone. It is believed that the Sier has pre-Christian origins and it was also realised in many other villages.

The patron saint in Presegno is Saint Lawrence and the religious celebration is really felt. The 11th of August was called San Lorenzino and it was a day of plays in particular “La Morra”, which has been forbidden during the years because of the terrible fighting between the players. That game, apparently easy, consists in a match between two people. With the right hand, they must show a number between 1 and 5, while with their voice (in dialect) they try to guess the sum of the two hands. The rhythm of the play is persistent, so people must train a lot to learn it. 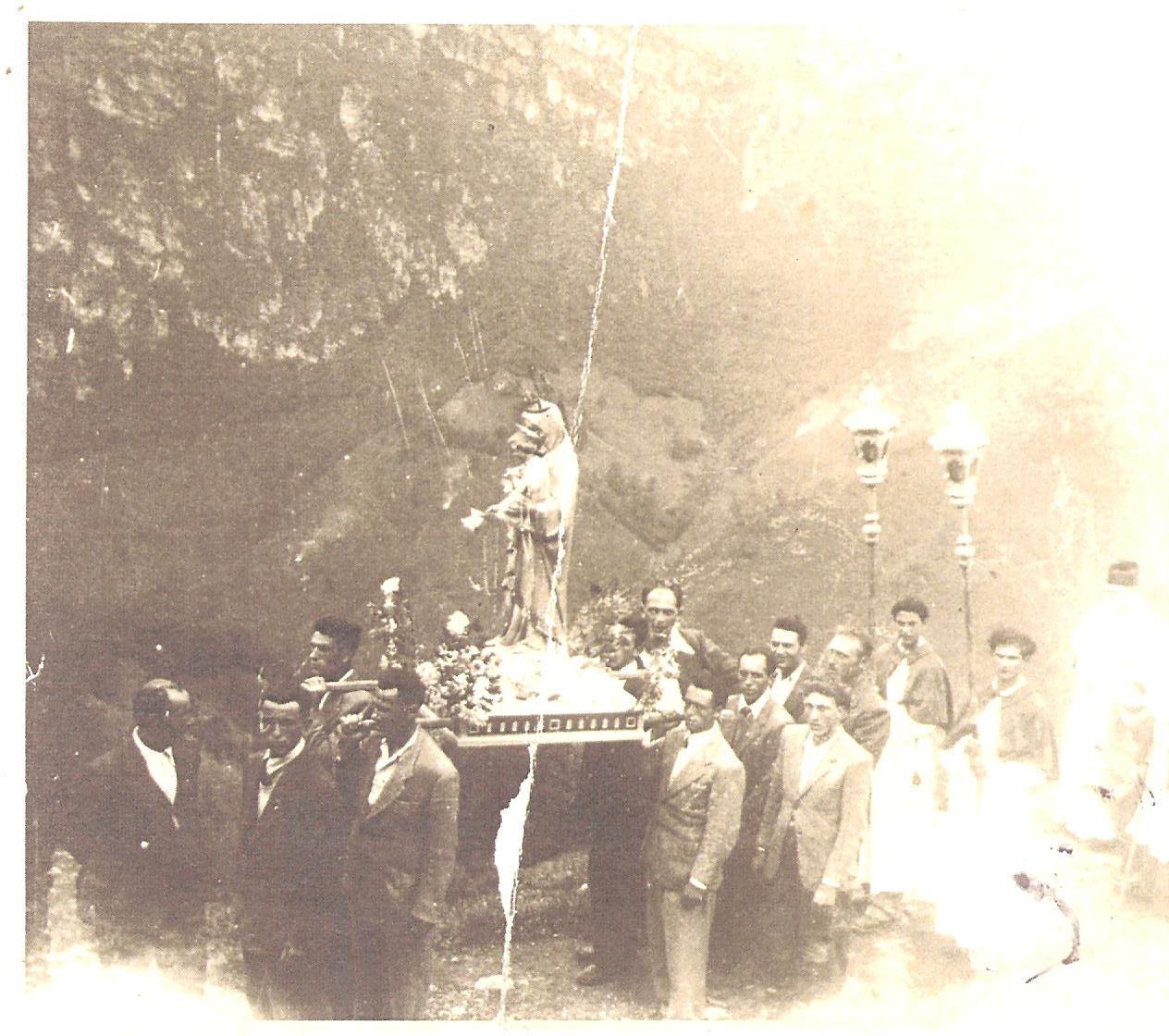 In spite of poverty, this celebration has always been preserved. Parents let their children find some tangerines and Scrocànt (typical sweet).

Paintings and architectures of houses and barns mark the local identity. The melting furnace in Livemmo, the interactive Centro studi-museali about the pre-alpine culture in Livemmo and the folklore valsabbino Museum in Forno d’Ono preserve some of these peculiarities.

The dolomitic landscape is characterised by large stratified and fragile strips of black or dark-grey limestone, interrupted by limestone and marl plates, named “Wengen formation”; it represents the main part of Alta Valle Sabbia. In the Dolomites, we can find unique endemism: Veronica bonarota, Potentilletum caulescentis, Silene saxifraga, Potentillia caulescens, Phyteuma scheuchzeri, Laserpitium nitidum, Telekia speciosissima, Campanula squisitamente lombarda, Daphne petraea, Primula glaucescens. In 1804 the Campanula raineri was found on the Corna Blacca mountain, some months after its discovery on the Grigne mountains (Lecco). What is more, in 1956 Hermann Merxmuller and Waler Gutermann, from Munich, found the Moehringia markgrafii, a typical flower from Valle Sabbia. Those flowers are considered a jewel of Pertica and Valle Sabbia.

Some typical animals of Corna Blacca (which is a natural reserve to protect the environment and animals) are roe deer, deer and chamois, hailing from Trentino. They are all in a limited number because of the uncontrolled hunt. Many other mammals live there: weasels, squirrels, dormice, hedgehogs, alpine shrew, martens, foxes and ermines, which are not so rare. A great amount of wild boars settles the woods and they are really damaging for farms and fields. Wet areas are full of salamanders, toads, red mountain frogs and alpine crested newts; in the mountain creeks Abioccolo and Degnone we could find Vaironi and Trouts.

According to some researches, some animals as the cave hyena and the cave bear disappeared from our valley many geological eras ago, wolverines, bisons and lynxes thousands of years ago while beavers, alpine ibexes and fallow deer some centuries ago.

In Pietro Zani’s manuscript, we can read that a Wolf lived in the mountains near Presegno in 1854. It is also said that Dr. Giuseppe Ragazzoni explored the cave “Bùs del Romet” near Levrange in 1872 and he found bones of bears, wolves, foxes, lynxes, badgers, weasels, hedgehogs, mice, groundhogs, wild boars, deer, oxen and alpine ibexes. During the 1960, four people from Vestone tried to finish the researches of Stoppani and Ragazzoni (1858 and 1872). They went to the cave in Levrange with their picks and shovels and with some good wine but they didn’t find anything interesting.

In Don Bortolo Calcari’s memories, a clergyman from Vestone, we can read about the hunting places: Zovo, Fobbia, Bagolino, Presegno, Ono, Livemmo. From 1857 to 1890 he also noted how many birds flew over those places. 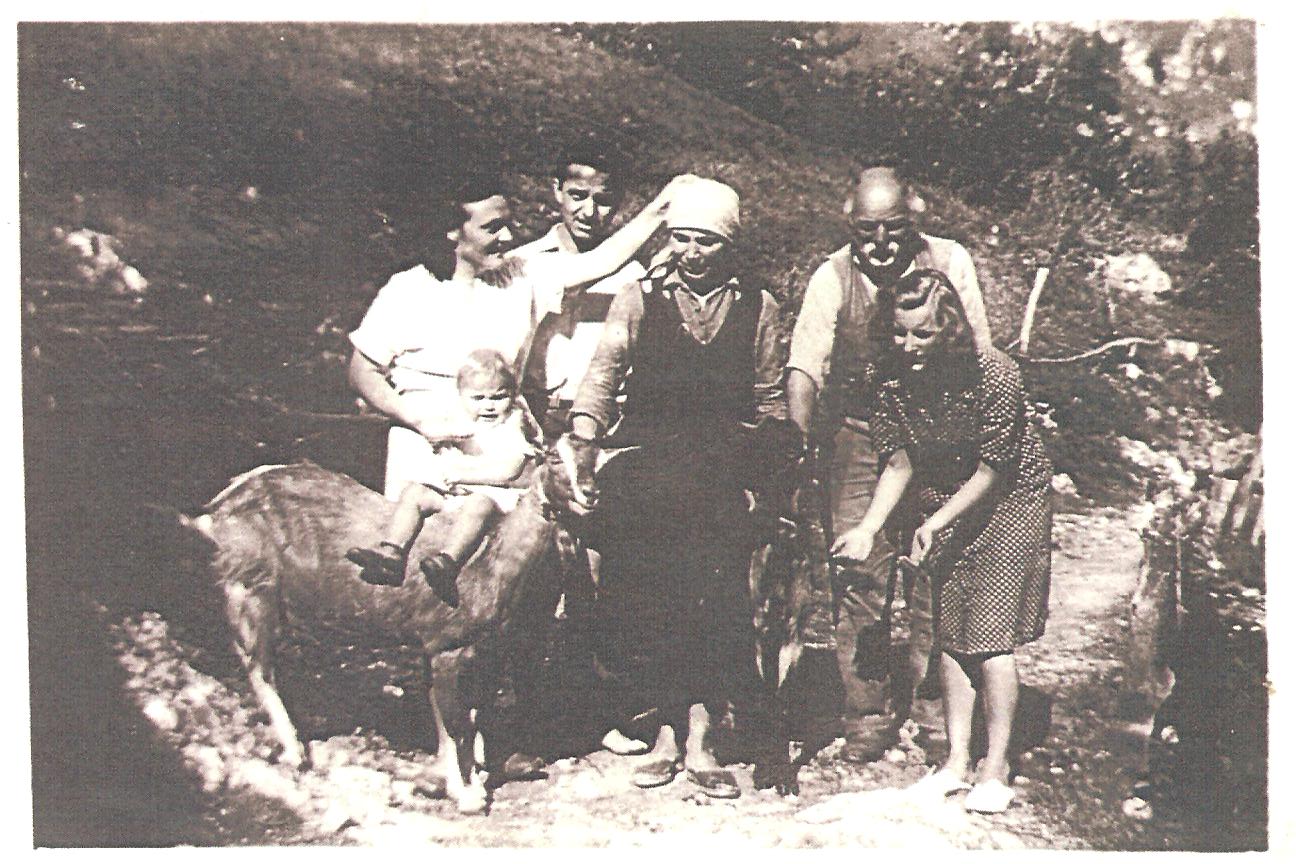 Legends, customs and traditions during the centuries

The family lived a healthy and peaceful patriarchal life. Husband and wife used to speak to each other using the “voi” form (the second-person plural), the wife called her husband “el me omen” (my man) and the husband called his wife “la me fomla” (my woman), following the northern tradition. In Pertica people used to kiss “il bulsù” (door chain) of Barbaine church in order to find a husband during the year, to be fertile or to be able to nurse. During the pregnancy, women didn’t wear necklaces, so that their child wasn’t born “choked” and they prayed to St. Anne the Virgin to help in giving birth. The mother had better not to go out for forty days after the childbirth. Grandmothers and other people couldn’t kiss the baby before baptism, that was followed by a joyful family celebration.
Typical dishes were foiade (big tagliatelle) and casoncelli (similar to ravioli), lattughe (Angel Wings) at mid-Lent, scalitù (similar to panettone), goat at Easter, mondoi (boiled chestnuts) before All Saints Day, polenta tiragna (polenta cooked with many types of cheese) and cheese. The “puina” (ricotta) with polenta was the traditional dish that farmers ate during the long season up in the mountain cottages, where they had no salt and a little water. It is said that during the sixteen hundreds men wore leather and drank milk to save wine.
A married woman was always glorified, so young women were really interested in marriage. A typical custom of Presegno families was to refuse the proposal of marriage three times before accepting. In this case the suitor didn’t believe that the parents were trying to free themselves from their daughter. The groom’s mother used to explain all the financial problems and flaws of his son, so that the engaged woman could decide to break the engagement.
During the Day of the Dead, dead souls came back to visit their homes, so the table was set and the fire lighted all night long. Young men lighted bonfires near the graveyards and in the mountains while women prayed. They believed that the dead protected living people; during the burial a small medal was put in their mouth.
Some care systems were curious or bizarre. Babies were washed with water and walnut leaves to help them to grow stronger; frail children were forced to drink horses or cows drool while teenagers ate bread with milk or wine. Skin diseases were cured with scorpions without tail, plunged into oil while St. Anthony's fire was cured with copper coins and infusions of figs and milk. Pimples were cured with geraniums leaves, tapeworms with vinegar and garlic, pinworms with 1Kg of pumpkin seeds; wounds were cured with “sbursule” (spider’s webs) or moss. Pneumonia was cured with cold baths to reduce temperature, virgins’ urine was used against stomachache and spoiled fat was used as counterirritant.
People read the moon phases for good or bad premonitions, to seed, to harvest, to cut the wood. Waning moon was better to cut the wood and a quarter of waning moon forecasted rain while a comet forecasted misfortune. 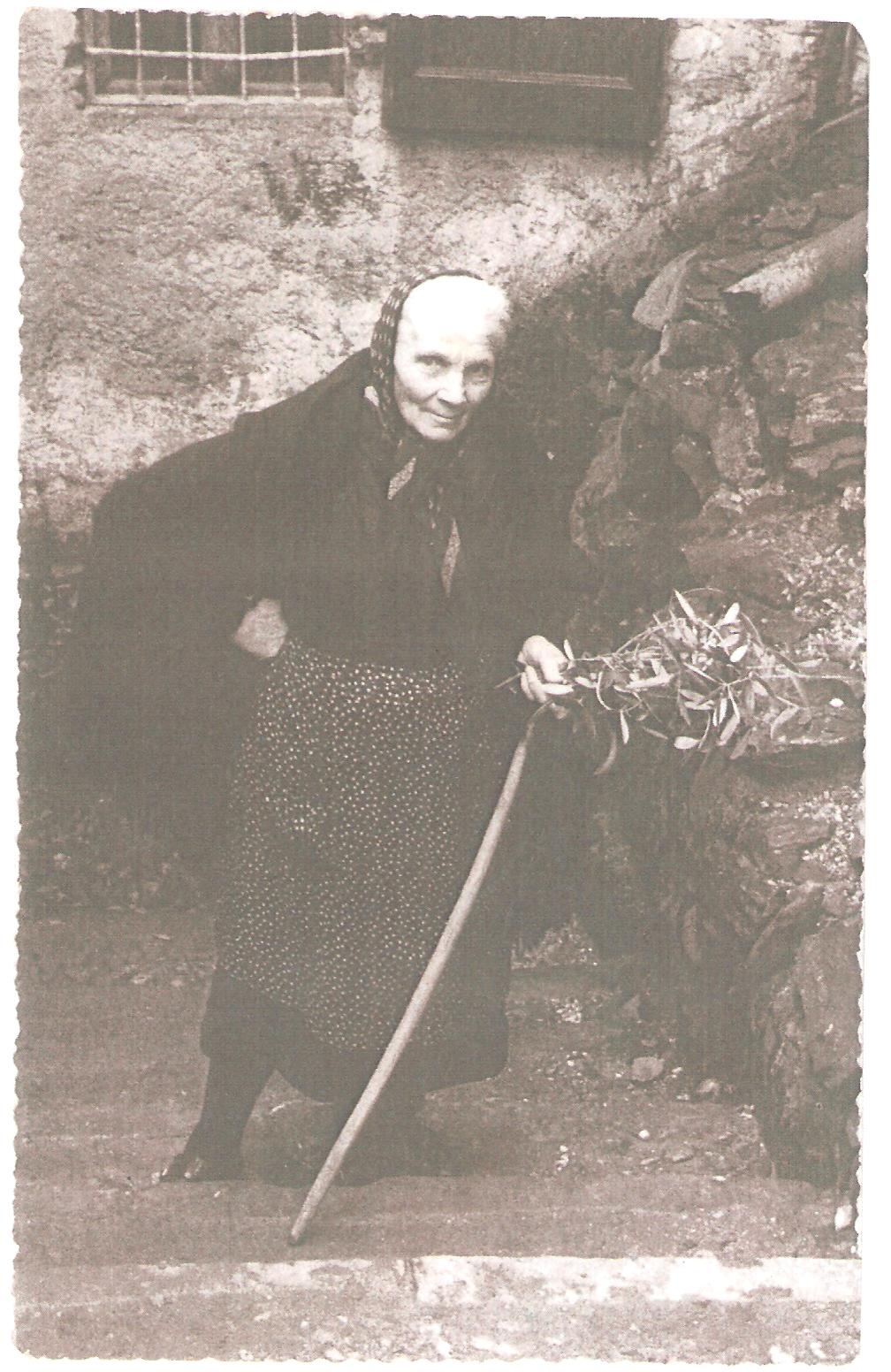 Would you like to visit one of those places or be present at some events? Contact us!